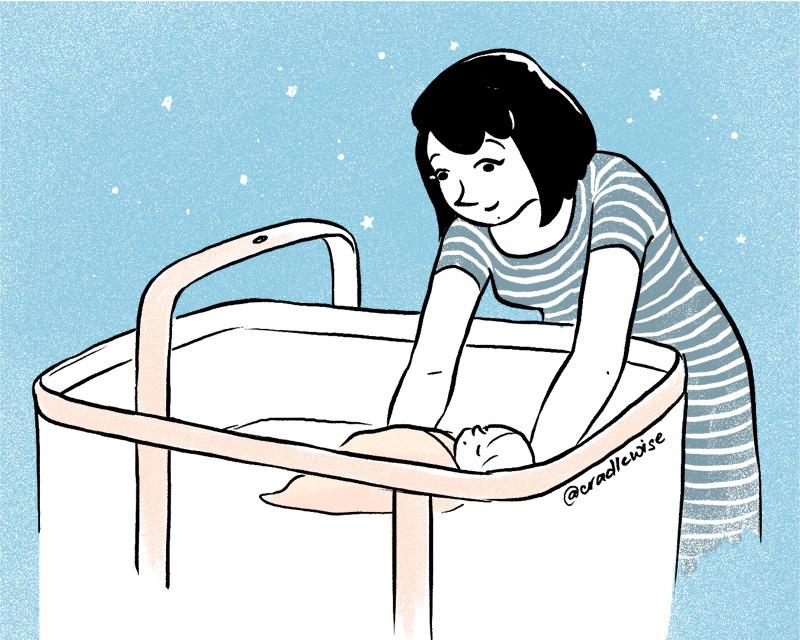 In its first update in more than five years(!), the American Academy of Pediatrics has revised its safe sleep guidelines for infants. Among other things, AAP strongly recommends flat sleeping surfaces for infants, breastfeeding, and advises against bed-sharing and swaddling after three to four months. The newly revised recommendations are based on 159 scientific studies to promote safe sleep among babies and apply to children up to one year old.

According to CDC, there are about 3,500 sleep-related deaths among U.S. babies each year, including sudden infant death syndrome (SIDS), accidental suffocation, and other unknown causes.

“We want to reach new parents, grandparents and other infant caregivers so that everyone is aware about how best to keep their baby safe,” said UVA Health’s Fern Hauck, MD, MS, a member of the AAP’s Task Force on SIDS.

Important takeaways from the report

In the 1990s, there were sharp declines in sleep-related deaths following the national “Back to Sleep” campaign. However, the declines have slowed since then—and data from a new Vital Signs report from the U.S. Centers for Disease Control and Prevention shows the risk for babies persists.

Furthermore, families of color are disproportionately impacted. According to an AAP statement released on June 21, the rate of sudden unexpected infant deaths (SUIDs) among Black and American Indian/Alaska Native infants was more than double and almost triple, respectively, that of white infants (85 per 100,000 live births) in 2010-2013.

We’ve made great strides in learning what keeps infants safe during sleep, but much work still needs to be done. A baby’s death is tragic, heartbreaking and often preventable. If we’ve learned anything, it’s that simple is best: babies should always sleep alone in a crib or bassinet, on their back, without soft toys, pillows, blankets or other bedding.

– Dr. Rachel Moon, the lead author of the guidelines and a professor of pediatrics at the University of Virginia School of Medicine.

Did you know?
Check if your baby’s sleeping surface is firm enough by pressing your hand down and lifting it. If your hand leaves an indentation, then it’s too soft.

Did you know?
If you are sleeping on a couch or soft armchair or cushion with your baby, the risk of infant death is up to 67 times higher.